'Madison did not see the girl anymore but only the gun, and steadied herself to move. In the space between heartbeats Madison felt everything that was true and good drain from her.' 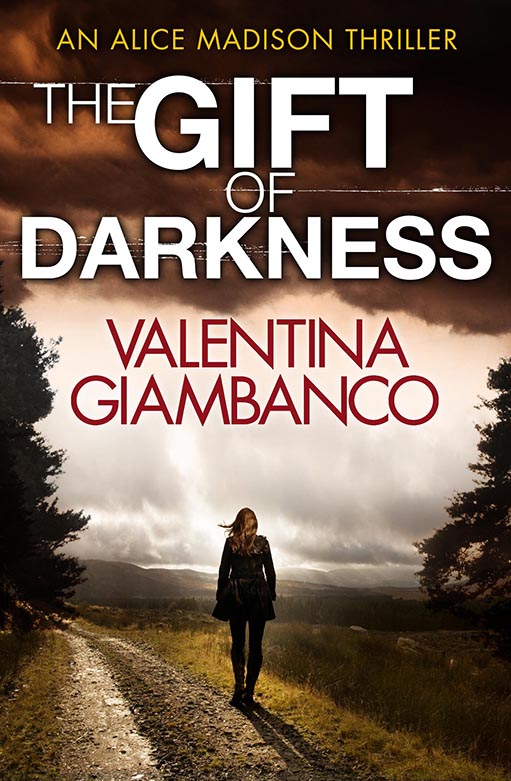 The victims. A family of four, murdered in a wealthy Seattle neighbourhood.

Thirteen days. The message left by the killer.

Rookie Homicide Detective Alice Madison, the one chosen to understand his darker purpose.

Twenty-five years ago three boys were kidnapped and taken into the woods, one never came back. Now, to stop a psychopath Madison must go back into those woods and into the unsolved mystery of the Hoh River Boys. Madison must forget her training and follow her instinct to the terrifying end as enemies becomes allies and, in the silent forest, time is running out to save another life.

Copy for THE GIFT OF DARKNESS Page (Extract)

A sky so blue it hurts to look at it.  Ancient trees rise a hundred feet, red and yellow cedars next to black cottonwood and vine maples, their roots twisting out of deep green slippery moss and rotting wood.   The boy runs barefoot.  He stops in a small clearing, breathing hard and fast, and listens.  Eleven maybe twelve years old, dark eyes wide.  His jeans are torn where dead branches have been caught and snapped, the muddy gray t-shirt is stained with sweat on his back and the sleeves cling to his thin arms.  Skin shows through where the fabric has been cut and blood covers his arms and hands as if they have been dipped in it.

The boy sweeps a strand of hair from his eyes and throws up what little is left in his stomach.  He steadies himself against a tree and then, downhill.  His body pulled by gravity, losing his balance, wading through the fallen leaves.  Under his feet the world crackles and shifts.

Darkness.  The waves roared and crashed against the pebble beach, it was the loudest sound James Sinclair had ever heard and it filled his whole body as if poured into him.

He couldn’t remember waking up and walking across the lawn and down to the pier.  A cold wind brushed his face and something hot and dry started to spread through his lungs.  He panicked and tried to wake up, instead he tasted blood and heard himself cry out: the bed he laid on, the blindfold, the wire around his neck and hands.  He thought of his children, he thought of his wife.

On a good night you can smell the sea from way up on University Hill.  Alice Madison rolled down her window a couple of inches and sniffed the air.  The night was cold and December mist hung low and damp between the houses and the naked trees.  Christmas was two weeks away and the students who could afford to live on that side of the hill had already left for the holidays, gone back to homes all over Washington State.

The clock on the dashboard said 4.15am. Detective Sergeant Brown, a dark shape sitting next to her, had put the seal on the evening hours before.

“After all the coffee has been drunk and all the talk has been talked, stakeouts are just long stretches of time with little to do, for people who would like to be doing something else, somewhere else, in somebody else’s company.”

It was a pretty fair description of their partnership, she thought.

Her breath was vapor on the pane. It was a choice between being cold and being reminded of other men’s hours of boredom and sweat.  She’d rather be cold.

Brown turned around to look at the other end of the street, she caught a whiff of aftershave, cool and not unpleasant.  Madison knew that they had been sent out there with next to zero chances, Brown was not a happy man.

Gary Stevens – white male, 23, no priors – was hot favorite for the murder of a 19 year old student from the campus.  Handcuffed to a radiator, Janice Hiller was sitting up with her back to the wall when the police found her, dead from a single blow to the head.  A half-drunk cup of coffee was neatly placed next to her right hand.

The day she had joined Seattle Homicide, four weeks earlier, Alice Madison visited her grandparents’ grave in a cemetery near Burien.  She put a bunch of white roses by the stone and stood there alone.  In their heart they would know, wherever they were, that she was who she was because of them and their love was a blessing she carried like gold, on her skin and out of sight.  That night Madison went home, fixed herself dinner – nothing frozen, nothing canned – and slept for ten hours straight.

Brown had since been neither cold nor unhelpful, just detached. He was as good a cop as they come, better than most.  They would never be friends, that much she knew, yet she would trust him with her own life any day.  Maybe that was enough.

Brown and Madison had not discussed the nature of evil when they saw the ring of seared flesh around Janice Hiller’s wrist, the radiator heating up the metal of the handcuff at regular intervals, they just got busy trying to save the next victim, working steady and fast to get the innocent out of the path of the hurricane.

At the other end of the street two men in a dark Ford Sedan were trying to keep each other awake, long out of coffee and dirty jokes.  Madison would have much rather spent the evening in their company: detectives Spencer and Dunne had been partners for three years, knew each other from the Academy and worked well together.  They were an odd couple, Spencer was second generation Japanese, married with three kids and a degree in Criminology from night school.  Dunne, on the other hand, was Irish red, put himself through college with a football scholarship and dated women whose short skirts were part of the mythology of the precinct.  They knew each other’s thoughts and could anticipate each other’s actions.  Madison sat and waited, she hoped that she wouldn’t need that much from Brown, or anybody else.  Still, this is where she was and the rest mattered little when all Alice Madison wanted to do was stare into the darkness ahead.

Brown had been right about the essential nature of stake-outs and yet Madison suspected that a part of her actually looked forward to the quiet waiting before the target appeared, when everything in the world stilled and there was nothing but the trap and the chase.

The Police Academy had taught her much except what it feels like to run full tilt after a human being who means you harm, that she had to learn on the street.  Detective Alice Madison settled into the worn leather seat, Spencer and Dunne might have been better company but tonight she was exactly where she wanted to be.

The wind was blowing hard now, only a few blocks away the sea rose and fell, spraying the deserted piers, shaping puddles of black sea-water.  Stevens would not come home tonight, he would never come home again.  He had probably already left the state, changed his name and started all over in some other campus.  Madison did not dwell on that thought, she was still at a stage where she could remember every single red name on the Homicide board, and those gone from red to black, the all-important clearance rate.

“Good morning Seattle, it’s a balmy 30 degrees outside.  And the time is…”  Dunne’s voice croaked from the walkie-talkie.

Brown picked it up from in between their seats.

“Same here.  How long do you want us to stick around?”

Madison felt a twinge of disappointment.  Even if they had gone out with no expectations, turning away wasn’t any sweeter.

“I don’t mind hanging around a little longer.”  She said.

“There’ll be other nights.”

“Us waiting here, it’ll make him come back?”

“It makes me feel better.” She said.

Brown turned to Madison.  In the half-light her eyes moved over the shadows in the street as if to conjure up their man.

“That and five bucks will get me a cup of coffee, I know.”  She said.

“There’ll be other nights.”

Dunne’s voice came back. “There’s a 24 hours place two streets away.  We can meet up there.”

“Alright. We’ll follow you.” Brown put the engine into gear and the car moved softly away.  The street was left just as it had been found hours earlier.

‘This is a great debut. As a filmmaker, Giambanco knows the importance of detail…You won’t put this one down’

‘I could talk about the page-turning pace, the beautiful sense of place the lyrical writing evokes, the clockwork tick of the plotting….instead I’ll just tell you to read it – immediately.’ 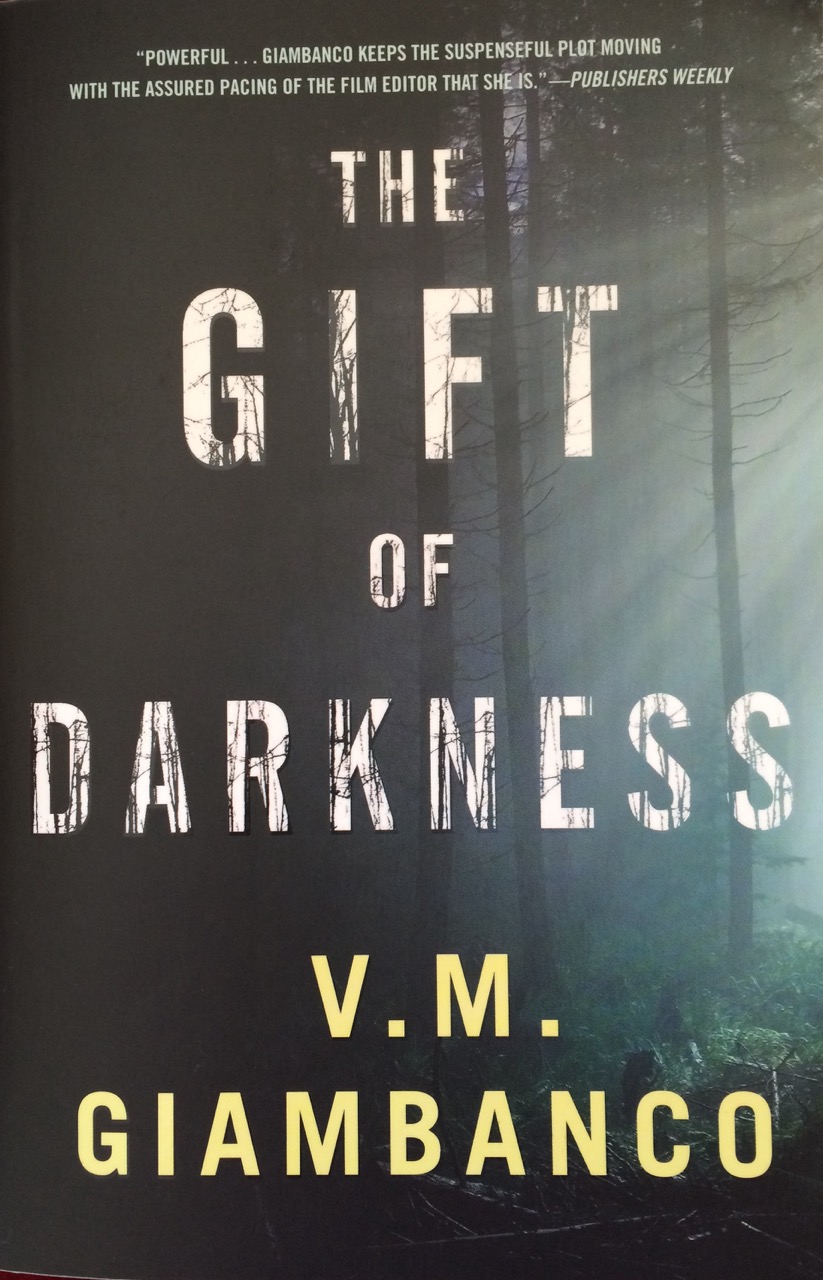 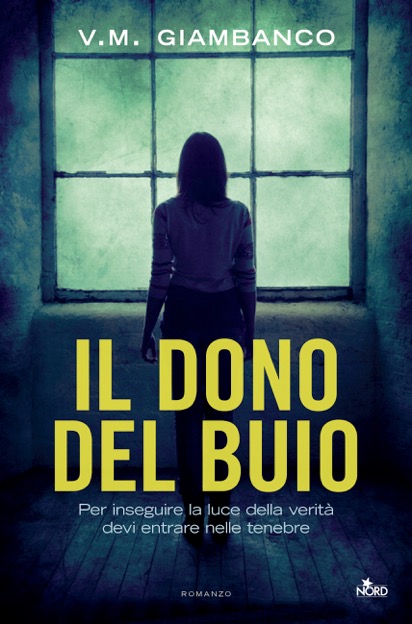 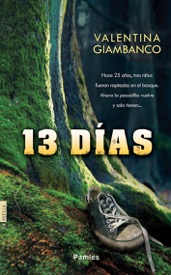 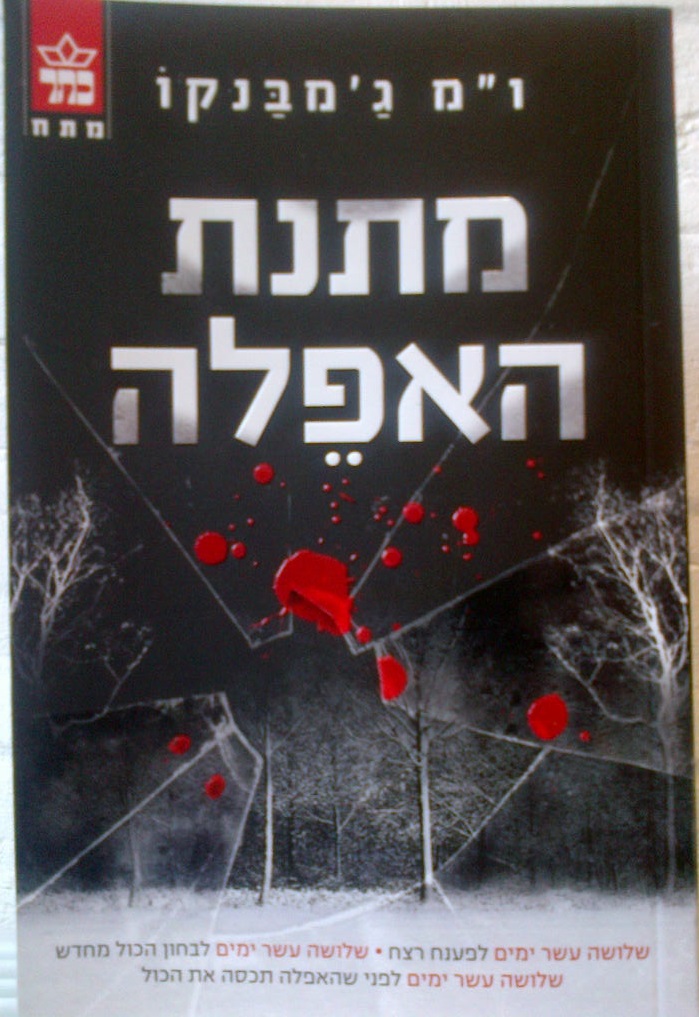 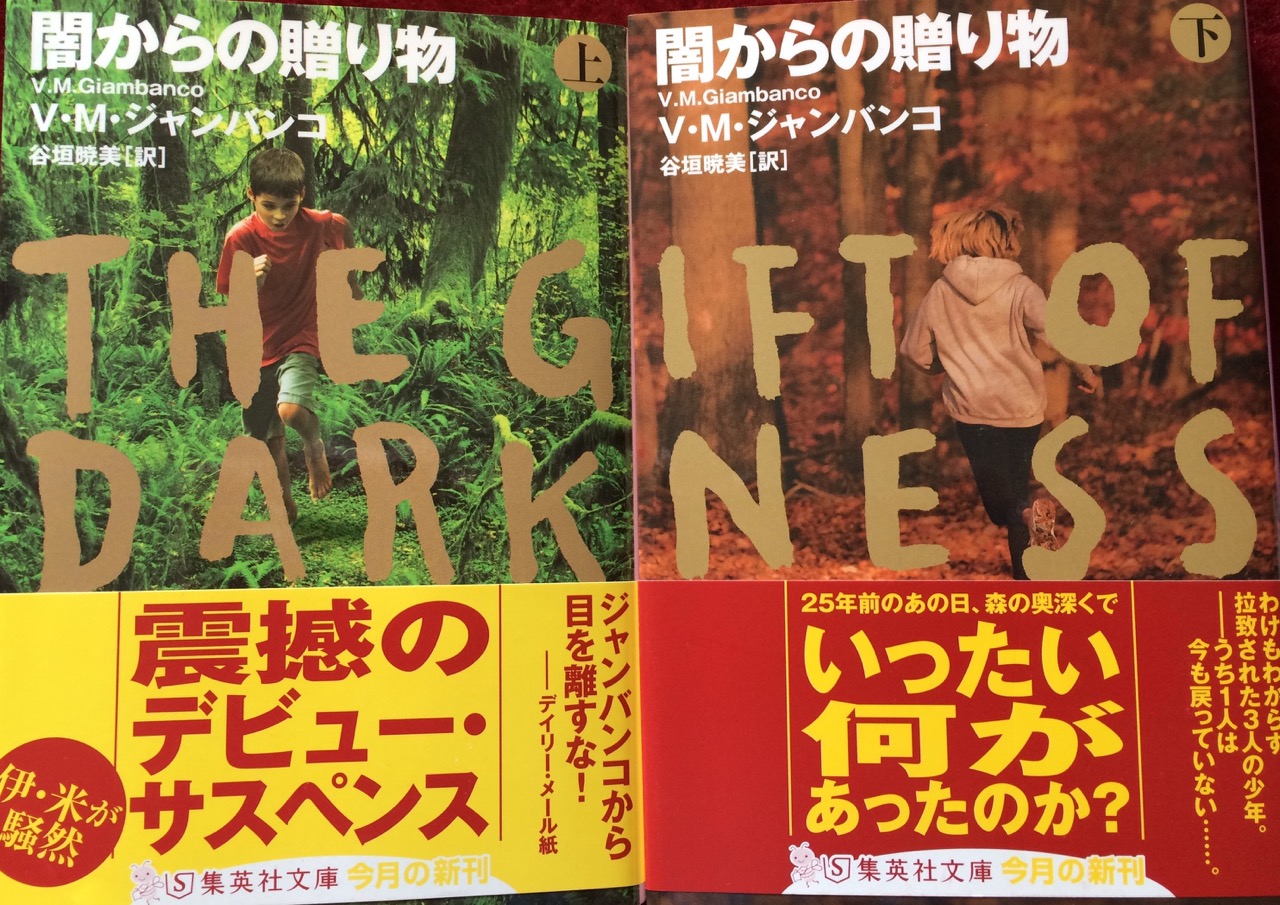 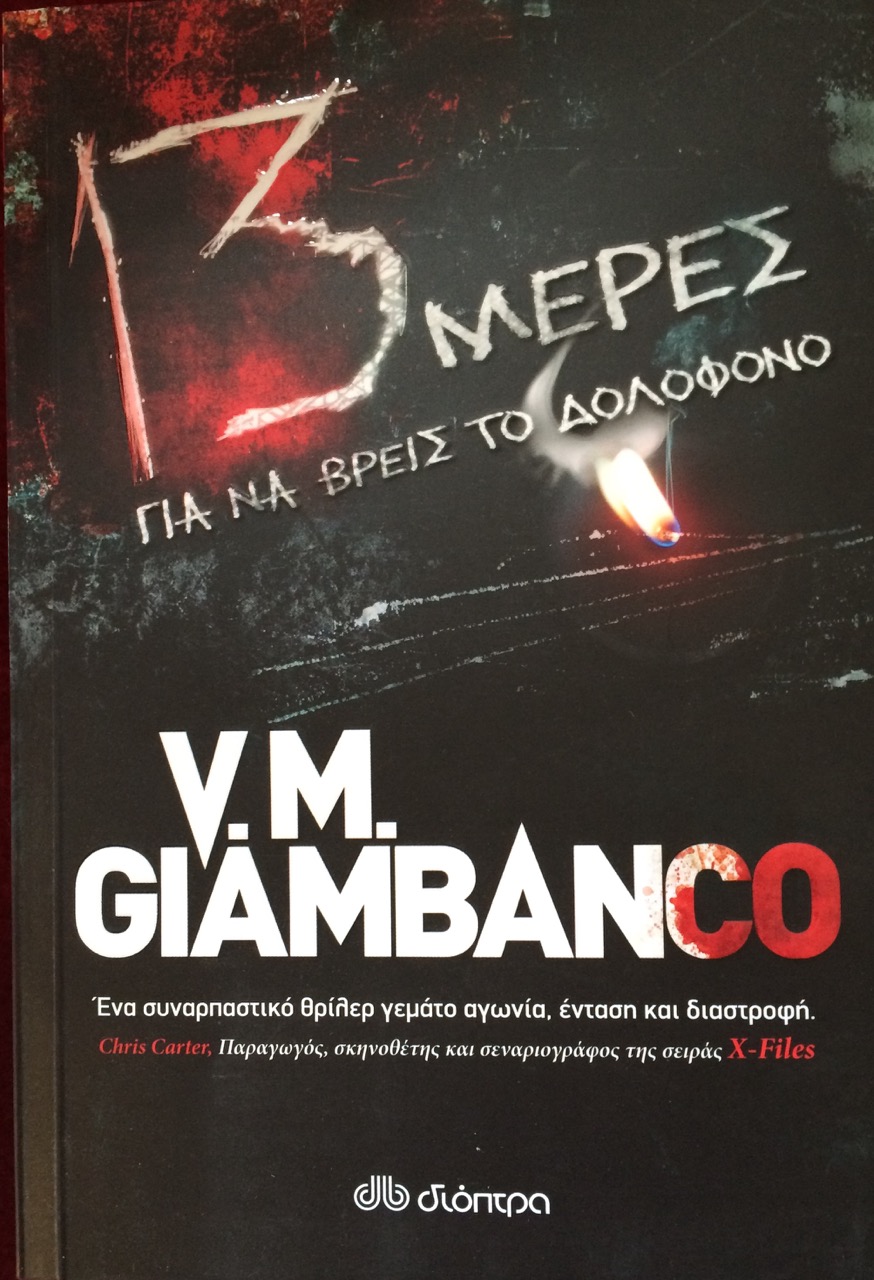 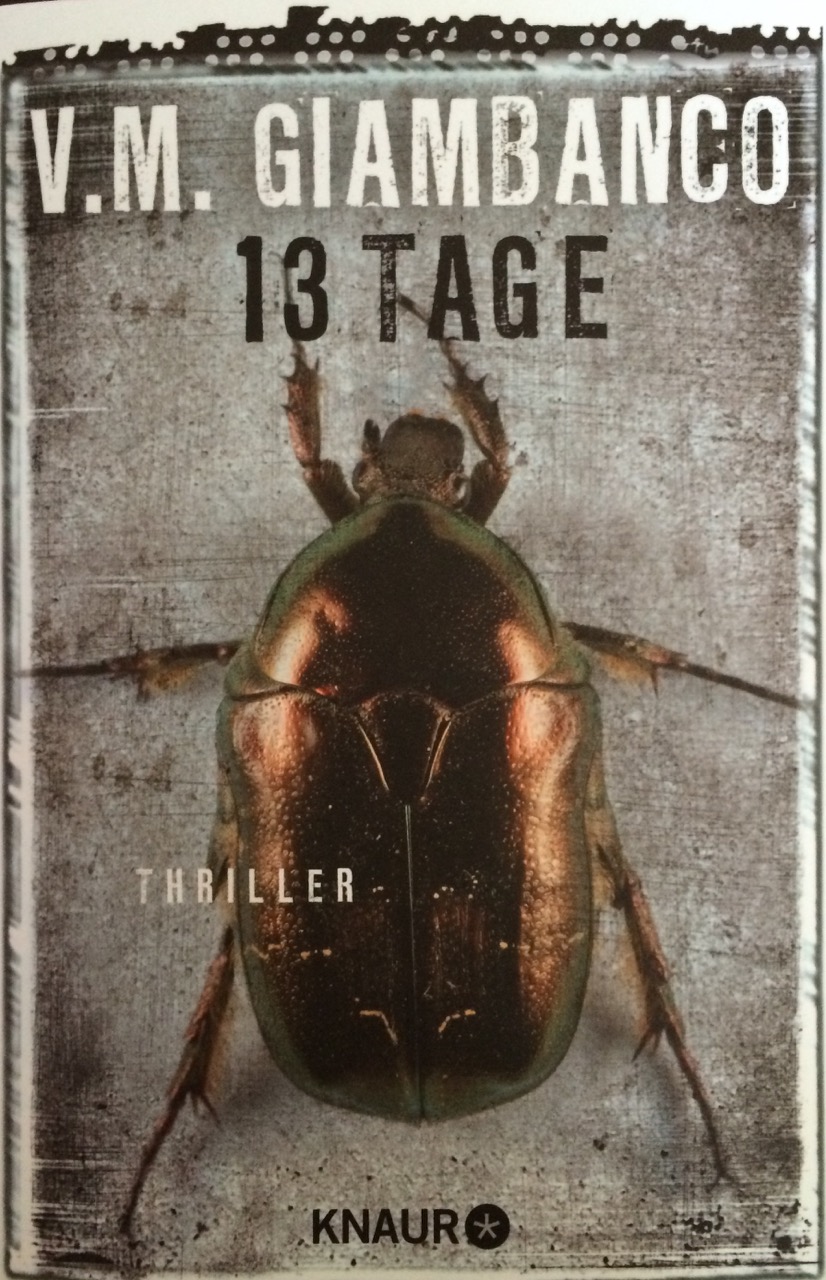 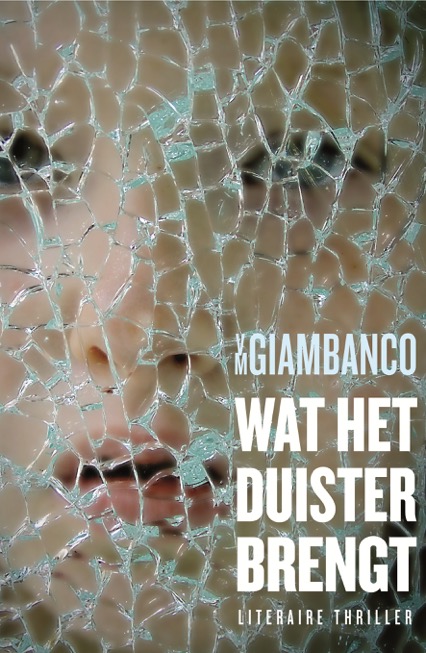